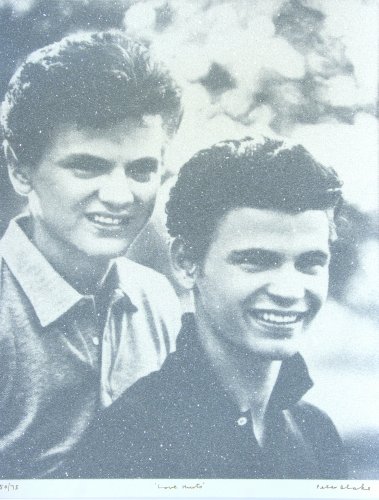 In 1961 Blake received First Prize in the Junior Section at the John Moores Liverpool Exhibition. This led to his first solo exhibition, held the following year at the Portal Gallery, London. Further solo shows followed at the Robert Fraser Gallery, London (1965) and at Leslie Waddington Prints, London (1969). Since the early 1970s, his work has been exhibited regularly in solo shows throughout the world, including the Stedelijk Museum, Amsterdam, touring throughout Europe (1973-74), Galerie Claude Bernard, Paris (1984), Nishimura Gallery, Tokyo (1988) and the Govinda Gallery, Washington D.C. (1992).

His first retrospective exhibition was held in 1969 at the City Art Gallery, Bristol. A later retrospective was held at the Tate Gallery, London in 1983, touring to Hanover. Blake's work has also been included in numerous key group exhibitions on an annual basis since 1954.

In 1975 he was the founding member of the Brotherhood of Ruralists, along with Jann Haworth, Ann and Graham Arnold, David Inshaw and Annie and Graham Ovenden. They first exhibited as a group in the Royal Academy's Summer Exhibition in 1976 and had a major group exhibition at the Arnolfini Gallery, Bristol in 1981, touring to Birmingham, Glasgow and the Camden Arts Centre, London.

In 1985, Blake designed the poster for Live Aid, the world's largest ever multi-national pop concert in aid of famine relief in Africa. Similarly, in 1995 he was commissioned to design the cover of Paul Weller's album, Stanley Road.

Peter Blake was elected Royal Academician in 1981 (ARA 1974) and was awarded the CBE in 1983. In 1994 he was made the Third Associate Artist of the National Gallery, London, and in 1998 he received an Honorary Doctorate from the Royal College of Art, London.

Most recently Sir Peter has designed fabrics for Stella McCartney, as well as the carpets in the new Supreme Court. He is currently working on a series of jacket designs for Penguin books and he has also been commissioned to paint a canvas of St. Martin for the Knights Chapel in St. Paul's Cathedral- the first new artist to be included for several hundred years.

Blake lives and works in London.