Reg Cartwright was born in Leicester in 1938 and has been a full-time painter and illustrator since 1974. The essence of Reg's paintings is simplicity within a complex structure of semi-abstraction, tone and colour. The careful placing of everyday objects within this overall plan, stripped of all superfluites, creates a powerful and harmonious design. His still life paintings follow the spirit of cubism. Through subtle abstraction he depicts the physical and tonal qualities of his subject matter. 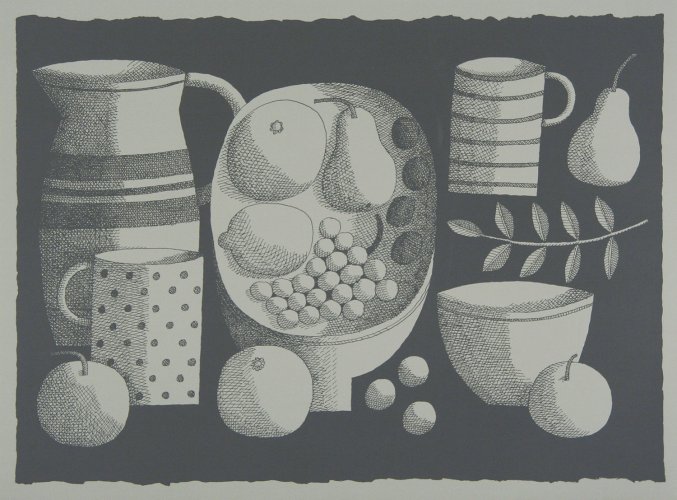 Reg has received awards and commissions including the 'Mother Goose Award' for the most promising new illustrator and the MSIA for illustration and graphics. Reg has illustrated over 30 books and was included in the 'Original Show' at the Museum of 20th Century Illustrators in New York. He began exhibiting in 1972, principally in London. Since then, in addition to exhibitions in other London galleries, there have been shows in many parts of the country.

'The Making of a Book' Arts Council Exhibition (touring)