NB Colin's engravings are editioned: sales will not show until an edition has sold out. 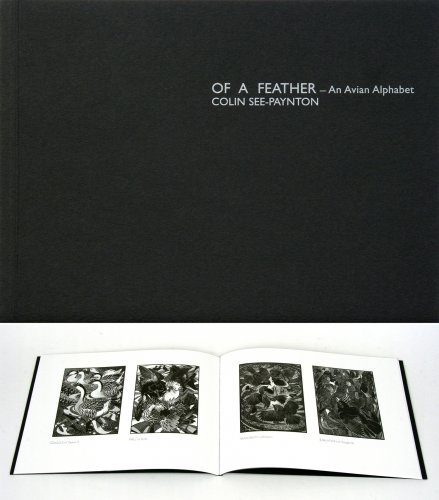 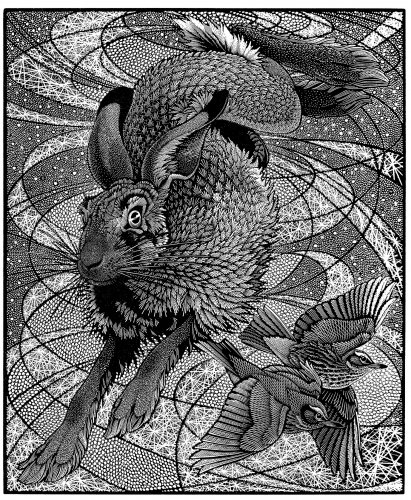 Colin See-Paynton who is entirely self-taught as an engraver, began making prints in 1980 and has since produced over 150 editions. He has brought a new vitality to one of the earliest forms of printmaking and is regarded as one of the finest wood engravers working today. Colins' work is based on the meticulous observation of the natural world. He creates compositions of great complexity and refinement and has evolved something new by the patterning and layering of his images. Later compositions, particularly those from an underwater viewpoint, use an increasingly abstract and fluid line to capture the fast and fleeting movement of birds and fish.

Colin is a Fellow of the Royal Cambrian Academy, Honorary Fellow of the Royal Society of Painter Printmakers and a member of the Society of Wood Engravers. He exhibits widely in group and solo shows and is a frequent exhibitor at the Royal Academy Summer Exhibition. His work is represented in many private and public collections.

He has published several books of his engravings. The latest, 'Of a Feather - an Avian Alphabet' published in 2007 is accompanied by a touring exhibition.

'Colin See-Paynton has introduced yet another vision of this rich tradition of wood engravings of birds. His delight in the lines of a bird so elegantly inscribed by the cut of his graver, his skill in varying texture even though he only has black and white with which to do so, his palpable pleasure in composing his subjects into joyous designs have brought something new to the portrayal of birds.' - Sir David Attenborough

National Museum of Galleries of Wales