Alice Heaton is a Cheshire based designer working primarily with hot glass. Taking her inspiration from the natural world she produces richly colourful and dynamic individual sculptural pieces. Alice gained a First Class Hons in Design Crafts in 2016 at De Montfort University where she has just completed a year's Artist in Residency. Alice has also collaborated with other designers, for example, Raquel Sutherland culminating in her glass accessories being shown at 'Graduate Fashion Week' 2016. 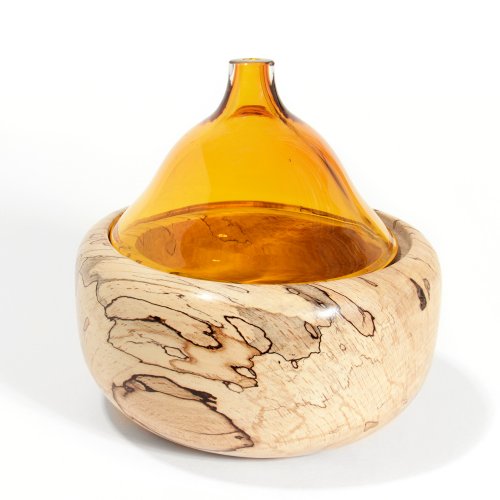 Alice is a member of The Leicester Society of Artists and The Contemporary Glass Society.